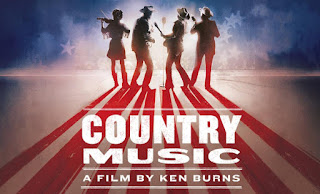 My association with country music goes all the way back to when I grew up in Alexandria, Virginia 63 years ago.  It was a time when country music was all about Country-politan, a mix of country and pop music of the time.


My momma listened to country radio when it was in its Country--politan phase with its string sections and over production. Porter Wagoner and Dolly Parton, George Jones and Tammy Wynette, Loretta Lynn and Conway Twitty all played on the kitchen table all day every day.  I was in my senior year of High School and I was saving all my money to buy records like Will The Circle Be Unbroken by the Nitty Gritty Dirt Band along with country rock records by the Eagles, Poco and the Flying Burrito Brothers I also had worn out my first copy of Sweetheart of the Rodeo by the Byrds.  Momma and I had quite a few conversations about why these county rock folks were not played on the local country station and why I had to listen to them on WHFS an AOR station that played a lot of music coming out of Laurel Canyon at the time. Her answer was always the same, "son, they ain't real country".


As a fan of Gram Parsons I had already heard him quoted as saying that there was no such thing as country rock. He said, "no, it's all just music, you just like it or you don't.''  That brutally honest thought by one of the new artists of the time melding rock and country is exactly where Ken Burns wants to take us with his new documentary Country Music.

What we learn when we look back through the colorful sometimes sorrid history of country music is that blues, gospel and jazz music all played major roles in what country music has become today,  Today, you see we call it Americana, Parsons, Burns notes dubbed it Cosmic American Music however, no matter what you call it friends... it's Hillbilly Music.


There are quite a few references to the rich history of California Country also known as the Bakersfield Sound.  Merle Haggard, Buck Owens, Dwight Yoakam and for that matter all the way back to the Maddox Brothers and Rose.


If you are a fellow Country Music fan you will discover quite a few cool little nuggets you didn't know in every episode, you even find out who coined the term Outlaw Country but more importantly you will get a feel for how, from the very beginning, country music was the music of working folks.  Nothing much has changed about that fact in all these years since Jimmy Rodgers..


At the end of the seventh installment of Country Music, Ken Burns tied Willie Nelson, Merle Haggard, Emmylou Harris, Gram Parsons, Townes Van Zandt and Marty Stewart together with Zandt's classic Pancho and Lefty. It really was a powerful moment in the series because it hit the three themes of this production, first and foremost the evolution of country music, second the rich, powerful stories and lastly the ties that bind. Oh... and the stories, it's all about the stories. If you are unhappy with what's playing on country radio these days just wait about a half a minute it will evolve again. That's because country music is the music of the people and there's always a star on the horizon waiting to play you their stories.


Country Music aired on PBS. The soundtrack is available on Apple Music, iTunes and the other usual outlets.
Posted by Ronnie Cosmic Ruff at 12:41 PM